If you are looking for LTE Cat NB1 and LTE Cat M1 testing, performed in accordance with the latest approved certification methodology then IoTAS has a solution for you.

In December 2017 IoTAS were certified by UKAS to test MIoT Testing on LTE Cat NB1 and LTE Cat M1 devices and were the first GCF RTO to be accredited. In accordance with the stringent quality requirements dictated by the GCF it is mandated that any GCF Recognised Test Organisation (RTO) completing Cat NB1 and Cat M1 testing on behalf of a Manufacturer must have ISO 17025 Accreditation for GSMA TS.40/CLP.23, so if you want GCF certification then make sure you are dealing with a quality driven and assured provider.

In addition to this IoTAS were the first GCF RTO to complete Field Trial testing on Band 5 for an NB-IoT device at The Vodafone IoT lab in Newbury, UK, which is part of the GSMA Mobile IoT Initiative (Open IoT Labs). The testing was completed by IoTAS in accordance with the GSMA TS.40/CLP.23 field trials test specification.

Whether you are developing a product for Smart Metering, Smart Cities, Smart Buildings, Consumer based, Agricultural or environmental purposes IoTAS can offer you thorough, comprehensive testing. IoTAS are able to complete GCF Field Trial testing for NB-IoT as well as completing confidence level testing against our own test plan.

NB-IoT, unlike other M2M wireless solutions, is a radio which is able to co-exist with LTE (Cellular technology). As well as co-existing with cellular technology NB-IoT will also benefit from the security and privacy mobile network features, which include;

The technology has been optimized for simple, low-end devices which means that component costs are kept to a minimum. As well as being cost efficient products will have low power consumption allowing a products battery life to last up to 10 years.

NB-IoT was designed in a way that only small packets of data are sent intermittently so there is no requirement for high throughput speeds. NB-IoT delivers downlink speeds of around 50 kbps and uplink speeds of 20 to 50 kbps in a bandwidth of 180 kHz.

There are three operational modes which are available:

Following a successful test program in the United States, IoTAS are delighted to announce that we are now an AT&T IoT Devices Approved Partner for Field Test Services. This allows IoTAS to support IoT device manufacturers and integrators in Field Testing on the AT&T live operator network in the United States.

IoTAS have partnerships with CIoT network operators who, in turn, provide access to provisioned live network SIMs or test laboratories so that a CIoT device can be tested against the requirements of GCF-CC F.5.4. Accordingly testing can incorporate:

Device certification for correctly specified functionality is without doubt a key element to the success of any device and the test requirements applied are developed from the relevant Standards Organisations, such as the 3GPP, ETSI, TIA, etc. test specifications. However, whilst these tests, often rigorous and thorough, will adequately ensure that the device conforms to standardised and accepted international testing stipulations they may not fully address three core factors of actual, practical usage:

One area of particular concern is how IoT technologies fulfil these three parameters. As devices, especially those with IoT functionality, are designed and manufactured to be simpler and of low-cost, IoTAS have witnessed greater levels of performance interference and failure, especially within high noise/RF environments.

Accordingly we have developed a range of additional test scenarios to improve Narrow Band cellular device testing which would, in turn, reduce problems found in the field and therefore help to avoid expensive ‘post launch’ corrections and adverse publicity.

Our testing scenarios can be tailored to customers particular requirements but we are happy to lead these planning discussions, based upon our experiences in the field (disrupting elements are commonly signal interference, background noise and path loses). The testing would usually comprise the measurement of key parameters, whilst the device is operated within complex, fading and poor network conditions, and cover:

Some of the measurements we record, calculate and report upon would also potentially include:

If you are looking for a quality focused, qualitative appraisal of your device’s performance in ‘real’ and often challenging environments then please contact IoTAS to begin discussions on how we can bring enhanced value to your product. 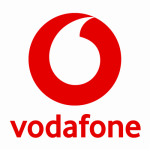 Whether your requirements are for NB-IoT certification testing for LTE Cat NB1 and LTE Cat M1 devices conforming with GCF requirements or a more general confidence level of testing, IoTAS can provide a quality solution for your business. Get in touch today!
CONTACT US