We can currently offer localised 4CA testing solutions in the Australia, USA, Finland, France, Japan and the UK. IoTAS have acquired significant experience in testing the feature on up to 5 carriers aggregated in various configurations: intra-band contiguous and non-contiguous and inter-band.

We should state that our performance testing is conducted in live network environments against commercial reference devices. IoTAS also utilize  high performance servers to reach maximum data rate in UDP or TCP, enabled by Carrier Aggregation. 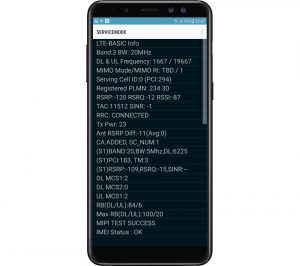 How we can Test for you

IoTAS consider relative throughput testing of the Device Under Test (DUT) against a commercial reference device to be the most effective way of assessing a DUT’s carrier aggregation performance in a live network environment. At times IoTAS may benchmark multiple DUT and reference devices. Testing can be done for either UDP or FTP over TCP, using IoTAS servers with sufficient bandwidth to support the higher data rates involved with carrier aggregation.

Both the DUT and reference device shall support the carrier aggregation band combinations used by the tested networks as per 3GPP TS 36.104.

Testing shall be conducted so as to cover:

IoTAS will capture the following data for each tested scenario:

Assignment of additional carrier components can depend on measurements by UE and potentially by extension on its RF performance.

Since 2010, the roll-out of commercial LTE networks has proceeded at a phenomenal rate.

The competition between network operators for spectrum allocated by regulators has left many with an assortment of band segments, some as little as 5 MHz.

Carrier Aggregation is a Rel. 10 feature that is allowing operators to pool together spectrum from multiple bands and enables terminal manufacturers to provide consumers with devices that surpass the performance of Rel. 8 / Rel. 9 terminals.

The types of Carrier Aggregation are;